NAD+ is a coenzyme that’s crucial for every single chemical reaction in the body. By binding to protein molecules, NAD+ activates certain enzymes in our bodies to keep them functioning at optimal levels.

On a cellular level, NAD+ therapy is a modern treatment in the realm of medical recovery and wellness. Studies are continually being published on the coenzyme’s effectiveness. But to many of us, NAD+ therapy is unfamiliar. So what is it and what are the benefits it may offer?

NAD+: Its Role on the Human Body

NAD+ depletion may have a role in our aging process because NAD+ levels impact our cellular function in many ways. This includes maintaining DNA health, changing the food we eat into working energy, and controlling our sleep-wake cycles. Low NAD+ levels have been linked to an increased risk of heart disease, Type 2 diabetes, Alzheimer’s disease and accelerated aging.

NAD+ levels unfortunately decline as we age; this means that our metabolic cellular function also declines.

An Introduction to NAD+ Precursors

Fortunately, it’s possible to replenish NAD+ levels through treatments. This may encourage the body to postpone age-related concerns such as muscle atrophy or cardiovascular diseases.

NAD+ therapy is available in several forms, including the oral supplementation of precursors. Precursors are known to boost the body’s inherent production of NAD+. According to animal studies, age-related phenotypes (the characteristics of an individual resulting from the interaction of our genes and environment) may be partially altered when the body is given NAD+ or NAD+ precursors. Many health benefits have been noted with this supplementation, such as: 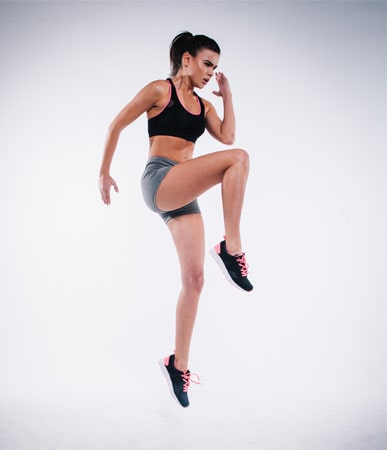 There are various NAD+ precursors, however, not all of them are as thoroughly studied as nicotinamide riboside (NR) and nicotinamide mononucleotide (NMN). Let’s think of these precursors as the building blocks for NAD+; this is because NMN and NR both transform into NAD+, through a series of chemical reactions. Here’s what the science field knows so far about these NAD+ precursors:

As our knowledge of NAD+ biology and its precursors thrive, new discoveries are being made. And as NAD+ studies evolve, there is ongoing debate among those who want to establish which NAD+ precursors are effective as dietary NAD+ precursor supplements. One of the easiest ways to settle the matter would be to run proper comparative studies with compounds such as NR and NMN. Currently, researchers are aware of the positive effects of NAD+ precursors and continue to study them.

NAD+ therapy is also administered intravenously. NAD+ intravenous (or IV) therapy is usually given to the patient via IV drip or injection. In fact, IV therapy is the preferred route if the body requires high levels of saturation for immediate support or if the patient cannot consume oral NAD+. NAD+ IV therapy may even be considered for the following reasons:

NAD+ is linked to many biological processes from neurological and cardiovascular health support to DNA repair and anti-aging. Emerging evidence suggests that optimum levels of NAD+ in the body may reduce the risk of age-related disorders. This coenzyme may help slow down or encourage the reversal of some aspects of aging, especially when combined with a caloric reduced diet and regular exercise.

NAD+ therapy is available via oral supplements and IV therapy, or a combination of both. Both methods are efficient, though they differ mainly on how long they’re metabolized in the body. Therefore, we encourage you to learn how NAD+ therapy may affect your personal health.

At our Yorkville, Toronto clinic, we are offering integrative and functional medicine programs to their patients. Our NAD+ IV Therapy treatment is designed to assist the body in restoring neuroreceptor function to an optimal level, while supporting improved sleep, detoxification, cell health replenishment and the lengthening of physical and mental longevity. Call (416) 968-6961 to book your appointment.